Josiah is the founder and lead therapist of Elevate physical therapy. He grew up in Lincoln, Nebraska and went to undergraduate school at the University of Nebraska at Kearney where he was a 3 year captain of the basketball team, first team academic all conference, and earned a degree in business management. His pursuits then took him to the University of Nebraska Medical Center where he served as class president, was a LEND scholar, received the APTA’s minority scholarship award, and earned his doctorate of physical therapy.

Since graduating in 2013 Josiah has developed well rounded skills treating pediatrics, weekend warriors, professional athletes, geriatrics, and pretty much anyone in between. He has spent time honing his craft with many continuing education courses including dry needling, FMS, SFMA, PRI, Kevin Wilk, and concussion courses with the AAN and University of Pittsburgh. Being at the cutting edge of patient care is something that continues to drive him and he is consistently looking for new opportunities to learn.

Josiah is married to his wife Kimberly and they have two kids, a son named Titus and a daughter named Ruby. In his free time he loves any time he can get with family and enjoys being outdoors, especially for hiking or golf. 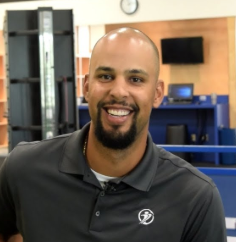