Kent P. Allison, MD, is a western Nebraska native. He graduated from Stapleton High School in 1982. He attended Chadron State College from 1982 to 1983 and Kearney State College from 1983 to 1987 where he received a Bachelor of Science degree in Education. He then taught high school science in Ogallala and Wolbach, Nebraska. In 1993, he returned to school at the University of Nebraska Medical Center and graduated in 1997 with a degree in Medicine. He completed the Family Practice Residency program at the North Platte Rural Training Track from 1997 through 2000. He then became board certified in 2000 by the American Academy of Family Physicians. Dr. Allison has formerly worked in family medicine practices in Broken Bow and North Platte, Nebraska, before opening Complete Family Medicine in North Platte with Dr. David Lindley in August 2004. 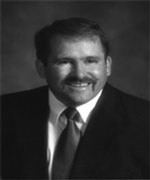