Dr. Kerry Rodocker-Wiarda is a highly-accomplished sports chiropractor.  One of her many accomplishment was being selected to assist at the Olympic Training Center in Colorado Springs, CO, for a two-week sports medicine rotation in 2013.  The athletes worked with during this time was Bobsledding, Figure Skating, Weightlifting, Men’s Gymnastics, Modern Pentathlon, Triathlon, Shooting, Greco-Roman Wrestling, Men and Women Freestyle Wrestling, and Paralympic Swimming.  Dr. Kerry covered Wrestling and Men’s Gymnastics daily practice.

Dr. Kerry attended undergrad at the University of Nebraska at Kearney.  Upon completion of the pre-chiropractic program, she attendedPalmer College of Chiropractic.  She graduated in 2001, with Presidential honor.  After graduation, she practiced in Massachusetts for two before returning home to her native state of Nebraska.  She started her own practice from scratch.  She practiced for 12 years in Nebraska before moving to Texas.   Dr. Kerry was the team physician for the Platte Valley Roller Vixens roller derby team.

In 2006, she received the postgraduate designation of Certified Chiropractic Sports Physician. The CCSP education is specific to physical fitness, evaluation and treatment of injuries encountered in sports.

in 2009, she received the postgraduate designation of Certified Kinesio™ Taping Practitioner. The CKTP education is specific to muscle and joint taping without restriction of movement. This taping method is designed to be used on athletes to every-day-individuals.

In 2010, she received the postgraduate designation of Corrective Exercise Specialist through the National Academy of Sports Medicine. This training uses corrective exercise strategies to help improve muscle imbalance and movement efficiency to decrease the risk of injury.

In 2014, she received the designation of Diplomate American Chiropractic Board of Sports Physicians®.  She has performed a two-week sports medicine rotation at the Olympic Training Center in Colorado Springs.

Dr. Kerry loves spending time with her family and outdoor activities.  Her family loves to camp, ride ATVs and really anything that can be played with in the dirt.  Texas was one of the family’s favorite vacation spots, especially Schlitterbahn in New Braunfels.  Her husband’s name is Mike and she has 3 girls named Alana, Allison and Payton. 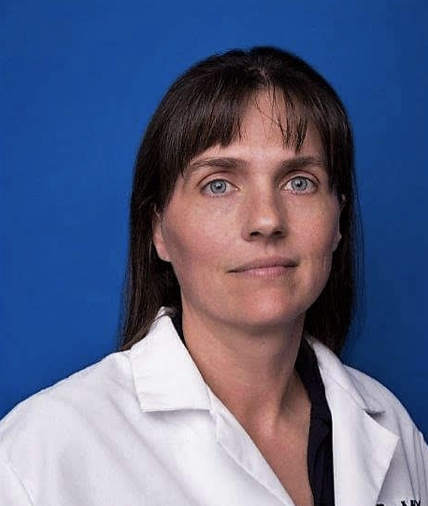