Curt hails from the bustling metropolis of Stuart, NE, population 600. Curt received his BS in Biology at the University of Nebraska at Kearney in 2006, completed his Doctorate of Physical Therapy at the Nebraska Medical Center, and joined the staff at Premier after graduation in 2010. Curt was married in June 2012, and they are enjoying building their lives here in Omaha. Curt is an avid runner and golfer, and loves bringing that knowledge to his patients, even if it means delaying his PGA tour card. 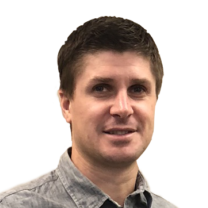